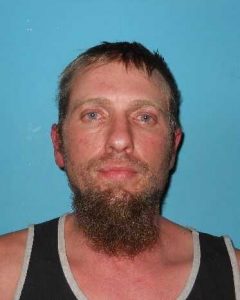 Sonora, CA – A Sonora man is behind bars for kidnapping after a passerby helped the victim flee the scene by driving her to safety.

Tuolumne County Sheriff’s Deputies met with the victim Tuesday afternoon in the parking lot of Belleview Elementary School regarding a domestic disturbance that had just taken place at a home on Kewin Mill Road in Sonora.  The victim relayed that during an argument, 34-year-old Ryan Jaynes, allegedly chased her down the driveway and grabbed her by the right bicep, which left visible abrasion and bruising.

Continuing in his attempt to stop her from leaving, according to the victim, Jaynes threw her over his shoulder and headed back to the house.  Able to free herself, she ran down the driveway while trying to call 9-1-1. Jaynes caught up with her, according to sheriff’s officials, and ripped the phone from her hand, smashing it onto the pavement.

Spotting a motorist, the victim flagged the driver down.  She was given a ride to the school and the person waited with her until deputies arrived.  Jaynes, who was already out on bail after being arrested last week for felony domestic violence, was taken into custody without incident. He faces possible charges of kidnapping, spousal abuse, committing a felony while out on bail, and damaging/destroying the cell phone.  His bail is set at $100,000 dollars.