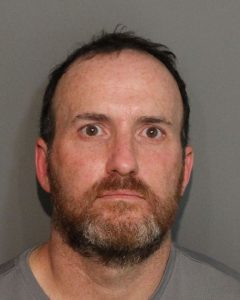 San Andreas, CA – A DUI driver struck three vehicles in Angels Camp and then fled the scene – he was caught in San Andreas and officers found a gun on his front seat and bullets in his pocket.

Angels Camp Police got a call regarding a non-injury crash just before 5 p.m. Witnesses told police they believed the driver was drunk as he sideswiped three parked vehicles and took off on Highway 49. Police reported just minor damage to those automobiles.

Meanwhile further up the highway, a CHP officer spotted the witness described vehicle near Lombardi Drive in San Andreas and pulled it over. When police officers arrived, they found 47-year-old Richard Davis of Jackson behind the wheel. A search of the vehicle turned up a .22 caliber gun hidden under clothing on the front seat. On Davis, officers found bullets in one of his pockets.

Davis was arrested for carry a concealed firearm, DUI at a .08% or higher, hit and run and property damage.