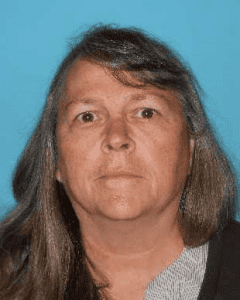 Assistant District Attorney Eric Hovatter, who made the filing Tuesday against 61-year-old Sonora resident Mona McGrady, indicates she was charged with 13 counts of lewd and lascivious acts on a child between the ages of 14 and 15, and one violation of digital penetration of a person under 18 years of age. He specified that the acts alleged occurred at various locations within Tuolumne County, as well as several locations in Stanislaus County from 1995 to 1997.

During the time of the alleged abuse, the confidential victim was a student at Mother Lode Christian School where McGrady was working. Late last year, the victim reported the incidents to the Tuolumne County Sheriff’s Department, which triggered an investigation that led to the felony charges.

According to the DA’s Office, the Penal Code allows for prosecutions after the statute of limitations has run on certain sex offenses, which include that certain requirements are met; among them are that charges are filed within one year of a victim’s disclosure. Given the charges, officials say that the suspect’s current maximum exposure is 11 years 8 months in state prison and recommend that anyone with information about the matter contact the Tuolumne County Sheriff’s Office.

The sheriff’s office shares that McGrady, who had worked as a sports team coordinator and coach at the school, turned herself in Tuesday morning and was assigned a $100,000 bail. Officials say the arrest comes after a nearly six-month long investigation into the allegations, which were initially made by the confidential victim back in December. However, the case may involve further victims as it is ongoing.

Detectives, who determined there was enough evidence to issue a warrant for McGrady’s arrest, confirmed with Mother Lode Christian School staff that she no longer worked for the school and had resigned almost two decades ago.

Along with McGrady’s booking photo, sheriff’s officials released a video they hope will assist their investigative efforts, adding that anyone who may have had contact with the suspect with possible case information is encouraged to call the sheriff’s office at 209 533-5855.