A Special Tax Added To Ballot 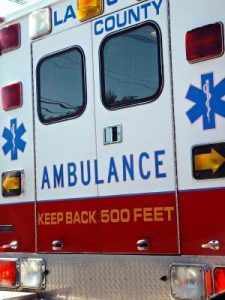 Sonora, CA — To keep emergency services running 24/7, Tuesday the Tuolumne County Board of Supervisors voted 5 to 0 to put a South County Ambulance Zone Tax Measure on the ballot.

The current five year tax plan expires June 30, 2013. The new plan would also last for five years. The proposed tax rate will stay at $70 for improved and commercial properties. There will be no tax on unimproved parcels.

County Officials say over the past several years, the Groveland ambulance has typically received between 410 to 525 service calls. They say this represents an average of 8.3% of all calls for ambulance service.

County officials say there will be no cost to the County general fund to put this on the ballot. They say costs to hold the election will be paid by the ambulance enterprise fund.

South County residents have approved this special tax for the past 24 years.