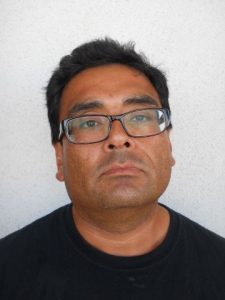 Sonora, CA — A showing of the new Spider Man film got out-of-hand at the Regal Cinemas in Sonora.

Police Chief Mark Stinson says witnesses reported that a man, identified as 42-year-old Juan Martinez, had been “snoring” throughout most of the movie. Martinez then suddenly woke up and started climbing over theater chairs, “like a spider.”

Chief Stinson says Martinez allegedly proceeded to punch a 12 year old boy in the back of the head for no apparent reason. The boy’s mother stepped in, and Martinez then started chasing the boy’s nine year old sister. Several people started yelling at Martinez, so he ran out of the theater.

Chief Stinson reports that Martinez is a carnival worker in town for the fair. Martinez claimed he was “sleep walking” and had no knowledge of his actions. The incident happened earlier this week. Martinez was booked into Tuolumne County Jail and faces a felony charge of willful cruelty to a child.

The Police Department reports that neither of the children had any noticeable injuries.