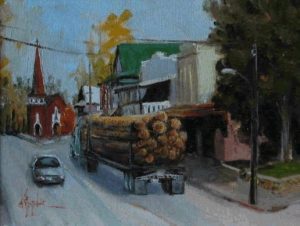 It is one of ten areas that were investigated in the newly released 121 page document. The Grand Jury acknowledges that county employees have made “significant sacrifices” over the past few years. However, when examining the 2011-12 budget, it became apparent that benefits paid to Tuolumne County employees are “very generous.” In aggregate, for every dollar the county pays in salary or wage, it also pays over a dollar in benefits.

The report adds that, “County benefits are perhaps 100% to 150% higher than the private sector.” It noted that a 10 percent reduction in county benefits would result in $2.6 million in annual savings.

In a separate category within the Grand Jury Report, it was very critical of “excessive compensation” paid to leaders of the Groveland Community Services District. The General Manager/District Engineer position receives two salaries totaling $220,000, including benefits. In addition, the Administrative/Finance Manager receives $130,000 including benefits. The Grand Jury recommends that the salaries be dropped so that they are at least comparable with other government heads in the region.

In addition, the Grand Jury report investigated things like the continuing deterioration of the Tuolumne County Jail.

For a link to the entire 121 page report, click here.