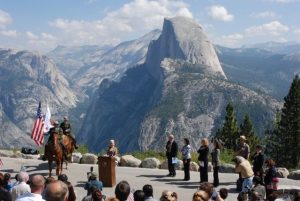 An informal myMotherLode.com poll asked, “Do You Support The U.S. Not Deporting Young Immigrants?”

President Barack Obama announced his new deportation plan on June 15th, five months before the November 15th election. In the plan, illegal immigrants will be immune from deportation and granted work permits if: they were brought to the United States before they turned 16 and are younger than 30, have been in the country for at least five continuous years, have no criminal history, graduated from a U.S. high school or earned a GED, or served in the military. The plan could affect as many as 800,000 immigrants.

The Associated Press noted that the plan has drawn renewed attention to the key Hispanic voting bloc and its potential for affecting the presidential election with its turnout and energy. Obama won 67 percent of the Hispanic vote in 2008, and aides believe he could do even better this time.

Republican Presidential Candidate Mitt Romney has vowed to address illegal immigration “in a civil but resolute manner.” He outlined plans to overhaul the green card system for immigrants with families, end immigration caps for their spouses and minor children, and complete a 2,000-mile border fence.

Some conservatives vehemently disagree with the new policy, even while expressing compassion for illegal immigrants who were brought to the country as children. They say Obama’s unilateral action by executive order deliberately skirts the law.

Former Arizona Senate President Russell Pearce, chief sponsor of the Arizona’s 2010 immigration enforcement law, said the administration is making an unconstitutional end-run around Congress. The Arizona law is currently before the Supreme Court which is preparing to render judgment.

The image for this story is from the “Proud To Be American” news story here.