Over Half A Million To Local Students 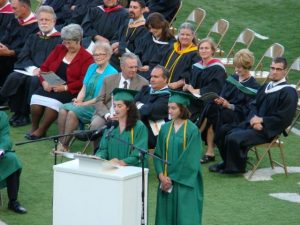 Students in the Mother Lode have been overwhelmed with generosity from area businesses.

One hundred and thirty-three Sonora High School Students received a total of $197,250 in scholarships.

Terri Tanner the College and Career Advisor at Calaveras High School said that 85 seniors received scholarships, the total from local programs was $143,000.