‘California Wildfires Have Changed, Together We Must Adapt’ 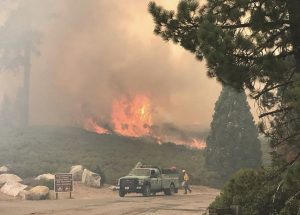 Sacramento, CA – Teaming up with CAL Fire, Governor Gavin Newsom has declared May 5-11th “Wildfire Preparedness Week” in the state and is cautioning homeowners that wildfires have changed and we must adapt.

“Our firefighters have been preparing non-stop for the inevitable fires that will happen this year. However, preparation involves all levels of the community, from first responders to the general public,” said Chief Thom Porter, CAL FIRE Director.

Stating that once again California’s wet winter has created a sizable crop of new grass growth, CAL Fire officials caution the public not to let the soggy weather deter from preparing property as now is the precise time to act to prevent wildfires. Statistics already this year show CAL Fire crews have responded to more than 470 wildfires that have burned over 1,180 acres.

“As was unfortunately witnessed with tremendous force this past year, wind-driven embers can destroy homes or neighborhoods far from the actual flame front of a wildfire,” relays Porter. He continues, “Taking the initiative to prepare your home and your community will be key in preventing the unfathomable damage that these intense wildfires can cause. It is up to us, the agencies that respond to the wildfires, and you, the homeowner, to create the strong network needed to endure through these devastating events.”

As reported here, in March Newsom directed CAL Fire to recommend immediate, medium and long-term actions to help prevent destructive wildfires of which 35 priority fuel reduction projects covering 90,000 acres were identified. When work is completed it will help protect over 200 of the state’s most wildfire-vulnerable communities, according to state fire officials.