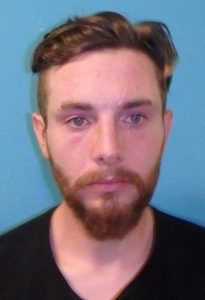 Sonora, CA — The Sonora Police Department reports that a surveillance video helped bust a man who allegedly stole tools from a local business.

Police Department logs note that tools were reported stolen from Sonora Lumber on South Washington Street at around 7am on Tuesday morning. Officers reviewed surveillance video and determined that 25-year-old Sean Christopher Dunn had stolen the merchandise and then left in a vehicle. Hours later, just after 10am, he was located at his home and arrested. The police department reports that Dunn was booked into county jail for felony grand theft.