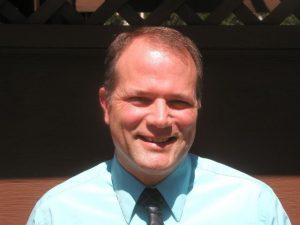 Pedro stated that there is a sense that the local economy has begun to stabilize. He pointed out the investment of Sierra Pacific Industries, new retailers, expansion of businesses like Sandvik and Avalon Healthcare, increases in tourism, and the leveling of permit activity versus sharp declines of years past.

“Over the past five years, the community (public and private sector) have worked individually and collectively to make Tuolumne County a more attractive place for existing and new businesses to invest,” stated Pedro.

That said, Pedro was quick to point out that the economy is not fully healed, and projects a small county deficit in fiscal year 2012-13. He said the expectation is that there will be another 1-2 years of suppressed construction in the county, and declines in property valuations.

However, Pedro projects that Tuolumne County appears poised for improvements starting in late 2013 and early 2014. He cited various reports and forecasts from economic analysts. It was noted that construction activity has already started to pickup in the San Francisco Bay Area. Historically, economic recoveries start along the coast and slowly spread to the Central Valley and foothills.

Some of the highlights of Pedro’s multiyear forecast:

-Other general revenues (sales tax, cable franchise fees and the transient occupancy tax) will continue to grow as the state and local economy improves.

Pedro recommended that the Board of Supervisors implement the following budget strategies:

1. Double-down on the county’s emphasis and commitment to economic development

4. Continue to follow the Board of Supervisors adopted budget policies (Balance annual operating budgets without use of one-time money)

5. Follow the plan/strategies that have guided the county thus far (Economize whenever possible, eliminate services that the private sector can provide, streamline and cut costs by reorganization)

It was noted in the presentation that there are still many uncertainties that could alter the long-term forecast.

It is unknown whether the Governor’s proposed tax increases will be approved by voters in November, whether the President’s Healthcare Reforms will be overturned by the Supreme Court, whether the Secure Rural Schools legislation will be extended, if local voters approve the expansion of the Transient Occupancy Tax, how the European debt crisis will play out, the longevity of increasing gas prices, and so forth.

The budget report was approved by the Supervisors with a 5-0 vote.