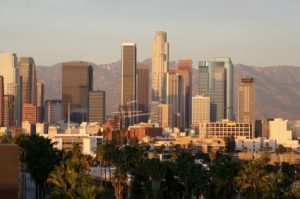 During the Democratic Weekly Address, Senator Tina Smith (D-MN) called on Congress to bring all the ideas to the table and take action on climate.

Smith was Tuesday’s KVML “Newsmaker of the Day”. Here are her words:

“Hi, I am Tina Smith, Senator from Minnesota.

Today, I want to talk with you about climate change.

But before that, I’d like to briefly address the recent news about the Special Counsel’s investigation. In this great country, the government is ultimately accountable to the public, so it is essential that the American people have the opportunity to read the entire Mueller report, and evaluate the investigation’s findings for themselves.

Now, climate change is an urgent problem. And we Democrats are united in agreement that:

2) it’s caused by human activity; and

3) Congress should take immediate and bold action to address this challenge.

These points should not be controversial. And the conclusion that climate change is an urgent problem is supported by an overwhelming weight of scientific evidence. Unfortunately, too many Republicans in Washington right now—and particularly our current President—refuse to accept these facts.

We can’t respond to this crisis until both parties acknowledge that we have a crisis.

Our new committee will work together with colleagues in the House of Representatives. We will highlight how the climate crisis is harming the economic and national security interests of the United States, and we’ll set the stage for bold action on climate.

There was a time when Republican Senators were also leaders in calling for climate action.

In the early 2000s, Senator John McCain of Arizona pushed a strong bipartisan plan to bring greenhouse gas emissions under control in our country. As recently as 2011, there were other ambitious, bipartisan plans in the Senate to tackle climate change.

And then the Republican Party gave up on taking action. But the problem hasn’t gone away. Instead, it grows much worse.

The good news is that young people are leading the way on this issue, and we need to listen to them.

In the Senate, there are small signs of bipartisan progress. For example, there have been multiple bills to encourage carbon capture and storage technologies. One was signed into law just last year.

This helps, but we need bigger and bolder actions as well. I’m working on legislation to establish a national clean electricity standard, an approach that had bipartisan support in the Senate as recently as 2011.

In addition my Democratic colleagues are working on a range of actions, including renewable standards, cap and dividend proposals, and a carbon tax. Senators Tom Udall, Chris Van Hollen, Brian Schatz, and Sheldon Whitehouse lead those efforts. In addition, we should acknowledge that Senators Ed Markey and Jeff Merkley have long led bills to bring about comprehensive climate action. We need to get all the good ideas we can out on the table. And we need the Republicans to come with ideas of their own.

Just this week, Republican Senator Lamar Alexander of Tennessee proposed a ‘Manhattan Project for Clean Energy’, reviving an idea he pushed a decade ago, which would increase funding for energy research. This is promising.

So let’s bring all the ideas to the table and take action on climate. Taking decisive action is good for our health, good for our environment, and good for our economy. America can either follow or lead on climate change. Democrats think we should lead.”