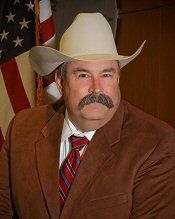 Sacramento, CA — The fight over the $150 fire tax is heating up again in Sacramento.

District Five Republican Assemblymember Frank Bigelow is co-authoring a bill that would repeal the fee which was passed in 2011 to help balance the state’s budget.

“Propenents who passed this tax claim that it is only fair to have those who live in high risk areas pay the higher costs of firefighting,” says Bigelow. “However, when an earthquake causes damage in urban areas-all California taxpayers are expected to fund the high costs of repair. That same principle should apply across the state.”

Bigelow’s District covers many foothill counties, including Tuolumne and Calaveras.

“Fire protection in unincorporated areas preserves the water, air quality, and forests everyone enjoys, and from which we all benefit,” he adds.

The state Senate also has a handful of bills that will soon be debated related to the fire tax. Some call for allowing low income residents to be exempt, and others call for the complete elimination.

The State Board of Equalization has delayed the collection of the fee due to the high amount of protests that have been filed. There is also a pending lawsuit challenging the fee, which was filed by the Howard Jarvis Taxpayers Association.