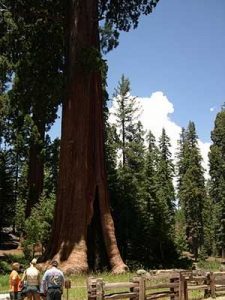 Sonora, CA — The Tuolumne County Board of Supervisors is concerned about the science used in studies conducted by the U.S. Forest Service.

The criticism is aimed at science synthesis studies used when drawing up forest management plans. The Board pointed out that little is included in these studies regarding the benefits of recreational activities, but they do include the negatives associated. The Supervisors are taking note of the process, as county documents show that a management plan for the Stanislaus National Forest will likely commence within the next 12-24 months.

A recent study was completed by the Forest Service for the Sierra Nevada and Southern Cascades. The Supervisors stated that there were shortcomings in the study, including “unsubstantiated impacts of various forms of off highway vehicles, horseback riding, and downhill skiing.”

The Board voted to send a letter critical of the process during today’s meeting. The Supervisors also attached a recent letter by the non-profit group, Stewards of the Sequoia. It states that a scientific study should also include reference to the tens of thousands of hours that off roaders, horseman and mountain bikers donate each year to help maintain recreational trails. The letter also lobbies that it should be noted how much money is raised by the self-funded off highway motor vehicle program, which benefits forest communities. The Stewards of the Sequoia’s letter was endorsed by some organizations across the state, including locally, the Tuolumne County Alliance for Resources and the Environment (TuCare).

“The Science Synthesis, at this point, is not incorporating what is the best science available,” said Brennan. “We need to make sure that they are doing that.”

District Five Supervisor Karl Rodefer was also critical of the Forest Service’s process. “It seems like this is just another example of what I would term cafeteria science, or pick-list science,” he added. “Pick the science you like and apply it to your study.”

The letter was approved with a 5-0 vote. There was no one in attendance from the public that voiced any opposition.