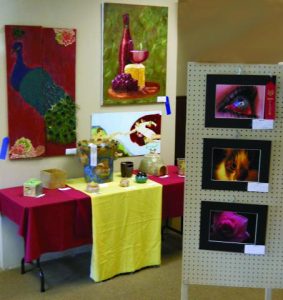 San Andreas, CA — Many students exhibit their talent for the arts in Calaveras County. In fact, 134 high school students submitted nearly 200 works of art in 11 categories at the Calaveras County Arts Council’s 16th annual Art Spirit Show. The artists didn’t just get recognition for their works they walked away with some cash, $10 for First Prize and $5 for Second Prize. Also, ribbons were handed out for Third Place winners.

Council Officials say some of the artworks are for sale with all monies going to directly to the student artists.