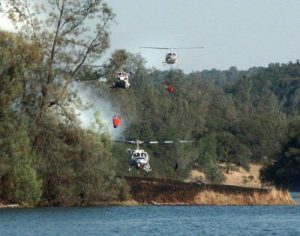 SACRAMENTO, Calif. — Collection of a fee rural California homeowners were supposed to pay for firefighting service is being delayed as California Department of Forestry and Fire Protection officials say they’re sorting through thousands of complaints challenging its billing data.


The $150 annual fee was approved by the legislature in 2011 to offset the costs of providing fire service to people who live far from services. It affects more than 825,000 homeowners who were billed for the first time between August and December of last year.

A spokesman for the department says that after the bills went out the state received 87,000 petitions for reconsideration from homeowners who said they were billed erroneously.

More than 70 percent came from people who argued the fee was an illegal tax and were denied. This year’s bills will be delayed while the remaining challenges are explored.