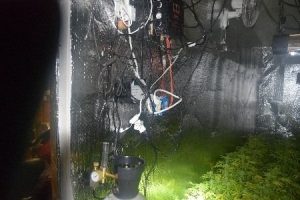 Mountain Ranch, CA – A Mountain Ranch man is on a million dollar bond after being arrested for allegedly overseeing an home that had been turned into an illegal grow with nearly 2,000 pot plants inside.

A large commercial sized generator was also found inside a structure that had been built next to the main house. County Code Enforcement was called in after multiple code violations, including unpermitted electrical work, were discovered.

This investigation remains ongoing. The sheriff’s marijuana enforcement team wants to remind the public that if they suspect or know of illegal marijuana cultivation or manufacturing concentrated cannabis sites they should call the Sheriff’s Marijuana Tip Line at (209) 754-6870.