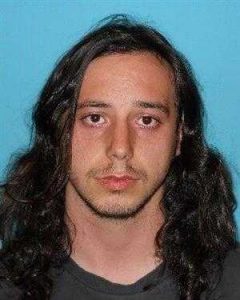 Sonora, CA — During an argument with his roommate, a Jamestown man escalated the situation when he grabbed a knife and started making deadly threats.

A report of a disturbance sent Tuolumne County Sheriff’s Deputies to a home on American River Drive in Sonora Monday, just after 3 p.m. Upon their arrival at the scene, the victim relayed they share a home with 21-year-old Rylee Sheffield and that the two got into a verbal argument. The victim says as the situation intensified and Sheffield allegedly pull out a knife while threatening to kill the victim. Sheriff’s officials did not give details on what the argument was over or sparked it.

Sheffield had fled the scene before deputies arrived. He was later located at a friend’s home and taken into custody without incident. Sheffield is charged with assault with a deadly weapon and threatening a crime with intent to terrorize. His bail was set at $40,000.