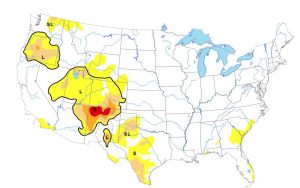 Sonora, CA – After a very wet winter, a new report released today by the U.S. Drought Monitor indicates that California’s drought is over. 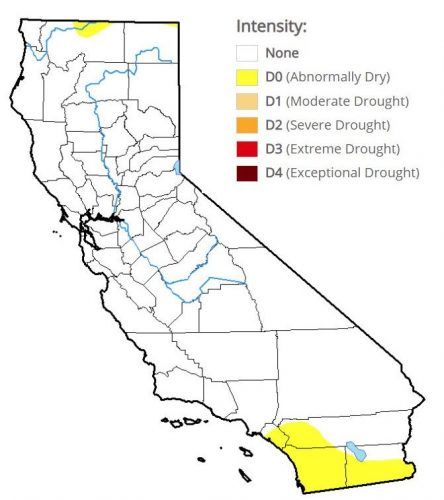 The lingering drought in those areas are attributed to very dry prior years, according to the federal agency, which noting that reservoirs in San Diego County are sitting at only 65 percent of capacity. Below is a California Department of Water Resources graphic of the state’s current reservoir levels.

Additionally, the National Drought Mitigation Center at the University of Nebraska-Lincoln says California is free of drought for the first time since Dec. 20, 2011. The center and federal agencies jointly produce the U.S. Drought Monitor, which notes that the state experienced some form of drought for 376 consecutive weeks.

Mountains in southern California were blanketed in heavy snow early this week and another storm will move across the state next week. It a one-two punch that should aid in shrinking the areas still designated to be under abnormal dryness, according to the report.