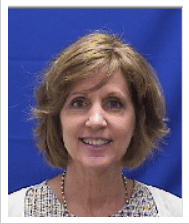 Birtwhistle was the top vote getter in June’s election and is currently set to takeover for Shelley Piech, who did not seek re-election, during the first week of January. However, at this morning’s board of supervisors meeting Piech announced that she will retire on December 3rd.

Piech, with Birtwhistle standing by her side, recommended that the supervisors appoint him as Treasurer-Tax Collector during the December 4 board of supervisors meeting. She noted that December 10 is the first property tax deadline and having Birtwhistle in office would be a benefit to taxpayers. She added that she has been working with him intensely since the election.

No action could be taken at today’s meeting, but Piech was given a standing ovation by the supervisors, and by those in the audience, thanking her for her service.