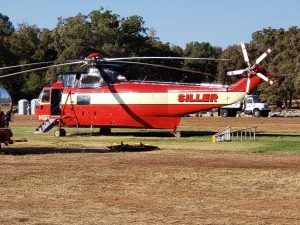 Sonora, CA — 474 firefighters are assigned today to the 36,335 acre Donnell Fire burning in the Stanislaus National Forest. A couple of weeks ago there were around 900 firefighters, so the level of concern continues to drop. The incident command will transition over to a smaller type three local incident command team at 5pm tomorrow. The fire is 65-percent contained. More details in a timeline about the Donnell Fire is here.

The Forest Service has started reopening additional areas that were previously off limits. A revised forest order has reopened Bull Run Lake on the Calaveras Ranger District, as well as the south side of Highway 108 between Kennedy Meadows and Sonora Pass, the Sonora Pass Trailhead, and the trail from Kennedy Meadows to Relief Reservoir. The area along the Highway 108 corridor, near Eagle Meadow Road and Clark Fork, remains closed, including all residences and campgrounds. However, property owners are allowed to obtain permits through the Summit Ranger District. Spicer Reservoir, toward the northern end of the fire, remains closed, but those nearby campgrounds are open. The Pacific Crest Trail is still closed between Highway 108 and Highway 4.