Most Of Yosemite National Park Has Reopened 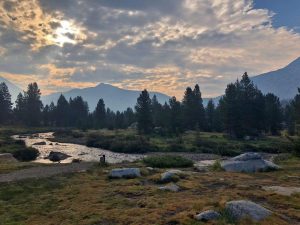 This week, Yosemite Valley, Wawona, Mariposa Grove, and Hetch Hetchy reopened after closures due to fire.

After a long closure, Yosemite Valley reopened on Tuesday. Additionally, Wawona and the Mariposa Grove of Giant Sequoias both have reopened.

The visitor centers are open, but some other services will be limited for the immediate future.

The following closures remain in effect: Wawona Road (continuation of Highway 41) between Wawona and Yosemite Valley, Glacier Point Road, and Merced Grove of Giant Sequoias. Yosemite Valley is accessible by entering the park via Highways 120 and 140.

Finally, the Hetch Hetchy Road and dam reopened last weekend. The hours are from 10 am to 6 pm.