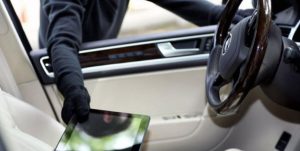 Twain Harte, CA – Some residents in the Twain Harte area woke to find thieves had targeted their vehicles overnight.

This morning the Tuolumne County Sheriff’s dispatch fielded calls from several homeowners along Golf Club and Mother Lode drives reporting property had been stolen out of vehicles. The items taken included wallets, purses, and tablets. Deputies found some of the stolen property lying scattered on the streets, but the thieves were long gone.

The public is reminded to remove all valuables from automobiles and lock the doors. Sheriff’s spokesperson Sgt. Andrea Benson also warns, ” The vehicles were not being broken into with windows being smashed. Instead it seems these thieves are just trying doors and if they find them unlocked they are simply taking whatever valuables are inside.” She reminds the public to remove valuables from the vehicle and make sure the doors are locked. Sgt. Benson also stresses, “If you can park in a well lit area if  you’re unable to secure your vehicle in a locked garage.  Thieves are looking for an easy target that will get them in and out of the vehicles as well as the area quickly without being seen.”

If anyone saw or has any information regarding the thefts please call the sheriff’s office at 533-5815. Another reminder, if anyone witnesses suspicious activity around vehicles in parking lots, driveways or streets in the county please report it to that number as well.