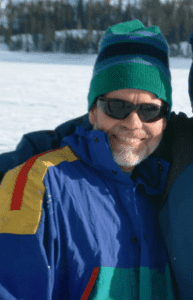 Alpine County, CA — The case of a lost skier has come to a sad closure today as sheriff’s officials report that search and rescue dogs trained to detect the scent of human remains alerted to an area of Bear Valley Ski Resort known as Groovy Gully.

According to Alpine County Undersheriff Spencer Case, after closing in on the area, searchers located a ski pole and ski protruding from the surface of the snow; underneath they found the body of 65-year-old Thomas Mullarkey.

It was around 11 p.m. on March 14, Jane-Drummond Mullarkey phoned in a report to the sheriff’s office that her husband had not returned to their cabin in Arnold after a day of skiing at the resort.

As reported here, a full-scale five-day search ensued during what were described as heavy snow, avalanche danger and poor visibility conditions. Sheriff’s officials note that based on information gathered by investigators, the search was focused within resort boundaries. Then on March 19, the search was reduced to a limited but continuous effort within the resort’s perimeter — and as the snow melted — into surrounding backcountry.

Alpine County Sheriff’s officials add that they offer their sincerest condolences and appreciation to the Mullarkey family and friends for their patience and understanding during this very emotional and painful event.

The apparent cause of death has yet to be officially determined.