Bear Valley Will End Its Season This Weekend 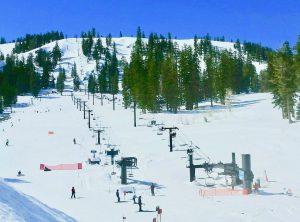 Bear Valley, CA — A further sign that spring is here, Bear Valley Ski Resort will end its operations for the season this weekend.

The resort opened on Friday, November 24, so the 2017/18 season lasted nearly five months, as Bear Valley is able to make its own snow. The final weekend will feature the popular Pond Skim and Brewfest. The resort reports that eight inches of new snow fell this past weekend, creating some fresh powder to start the week. The resort has 44 trails open and 15 closed.

Dodge Ridge ended its season earlier this month. The resort opened for a week in late January, and then from March 2nd through April 5.