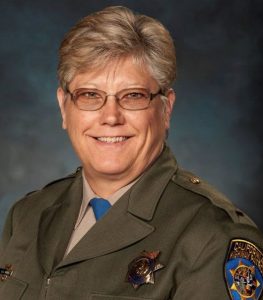 Lieutenant Commander (LCDR) Georgia Hiehle recently passed away but no cause was released. She had a distinguished 33 year career at the department up until she retired from the post of LCDR at the Amador County Unit in December of 2015. The Amador County Unit’s Facebook page noted, “She set herself apart as a valued and respected member of the Department, and her professionalism, work-ethic, and incredible never-give-up attitude are among only a few of the many attributes we’ll miss.”

Before that LCDR Hiehle was a sergeant in the San Andreas Unit for 12 years. “Georgia was a great supervisor and friend and she will be missed by all that knew her,” was written on its Facebook page. Along with the posts was a picture of LCDR Hiehle, which is in the image box.