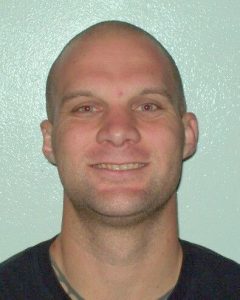 Sonora, CA – A man that law officials described as “passed out” behind the wheel of a parked vehicle at a local casino woke up to find himself being carted off to jail on felony charges.

According to Tuolumne County Sheriff’s spokesperson Sgt. Andrea Benson, on Friday night deputies and medical personnel responded to the Chicken Ranch Casino parking lot in Jamestown for a report of an unresponsive man in the driver’s seat of a white 2015 Chevrolet Colorado. Several bystanders had pounded on the truck windows in unsuccessful attempts to wake him. However, arriving deputies opened the unlocked door and were ultimately able to rouse 33-year-old Michael Douglass of Turlock, who apparently was not the victim of a medical emergency. He reportedly said he was just tired.

As the truck had only a paper dealer plate on it a Vehicle Identification Number (VIN) records check was conducted, which determined that it had been reported stolen last November from a Waterford dealer. The key fob belonging to it was found in the suspect’s pocket. CHP officials responding to the scene took possession of the vehicle. Douglass was booked into the Tuolumne County Jail for vehicle theft, possession of stolen property and an outstanding felony vandalism warrant out of Mariposa County.