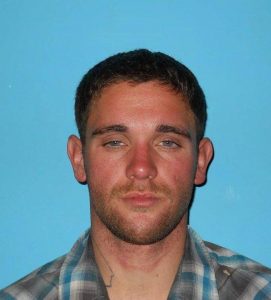 The suspect was arrested last Friday afternoon after being detained by employees for shoplifting at the Grocery Outlet in downtown Sonora.  The man had no identification in his possession, and gave police officers a false name and date of birth. Officers were unable to locate a match for the name in their system, so he was transported to Tuolumne County Jail. The suspect then provided a second name as his identity, but the officer determined  it was also false. Jail staff then conducted a finger-print test and determined the man is 27-year-old Zakary Dean Howerton of Sonora, who is on CDC parole. He is now charged with false impersonation and petty theft, and was placed on a parole hold.