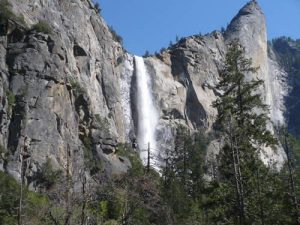 Yosemite, CA — Congressman Tom McClintock is speaking out against the Department of the Interior’s proposal to increase the admission price to Yosemite National Park to $70 during the peak tourist months between May and September.

McClintock says he “personally expressed his strong objection” to newly appointed Interior Department Secretary Ryan Zinke, who was nominated for the position by President Trump in December and confirmed by the Senate in March. Zinke last week stated that the fee increase at 17 national parks will help improve the aging infrastructure and ensure they continue to be a great experience for generations to come.

McClintock, who represents the Mother Lode, has issued the statement below, in opposition to the price spike:

“Two of the principal objectives I have set as Chairman of the House Federal Lands Sub-committee are to restore public access to the public lands and to restore the federal government as a good neighbor to those communities directly impacted by the public lands.  The proposed fee increases run counter to both of these policies.

At a time when we are trying to encourage more Americans to visit and value our national parks, more than doubling entrance fees is certain to have a significant impact on park visits and the commerce they bring to our gateway communities.

I understand the Department’s concerns over revenues, and our sub-committee stands ready to assure that revenues generated in our parks through visitations and attendant commerce stay in our parks.  This is the central principle of my HR 3607, affecting park health clinic funding.  Meanwhile, the House Natural Resources Committee is seeking to prioritize Land and Water Conservation Funds away from excessive land acquisition and toward addressing the Park Service’s growing maintenance backlog.

These steps would assure that funds will be available to address maintenance issues without undermining the very purpose of our national parks: to welcome the American people to the lands set aside for their “use, resort, and recreation,” as promised in the original Yosemite Charter of 1864.”

To read an earlier story about the proposal, including ways to submit comments, click here.