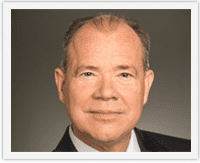 Sacramento, CA – The president of a taxpayers group is eagle-eying the maneuverings over Governor Brown’s proposed “cap and trade” extension deal, which may include a possible fire tax repeal.

While his group is still assessing the overall impacts of the package to taxpayers, Coupal shares his concerns over an enticement to sweeten it to some would-be opponents by including a potential repeal or suspension of the CAL Fire tax. Outlining his worry, he explains, “The CAL Fire tax is horribly unpopular in rural areas of California, as you well know…and this could suspend it and not give refunds.”

Looking To Protect Its Lawsuit

HJTA is currently challenging the constitutionality of the fire tax charged annually to about 850,000 rural residents across the state, as reported here. Coupal says that he anticipates concluding the case in trial court later this year. He affirms, “No matter what happens [with the cap and trade deal] it will continue forward.”

As Coupal points out, for the legislation to pass, the Governor is requiring a two-thirds vote. “Now it takes a two-thirds vote to raise a tax — and that is the primary argument that we have against the CAL Fire tax – it was never approved by a two-thirds vote,” he emphasizes. “We want to make sure that if the Republicans and conservatives somehow reach an agreement on cap and trade — and pass that extension on a two-thirds vote that…it does not somehow ratify or remove from legal challenge the money that has already been collected.”

At this point however, Coupal says the cap and trade package looks potentially ready to fall apart at the seams, ahead of previous plans for it to come to a vote on the floor Thursday.

“There is broad disagreement among many interests…the super environmentalists, the conservatives do not like it,” he maintains. “It is pretty clear that they have a long way to go to cobble together a viable coalition to move the legislation forward.”

Should the package and fire tax proposal somehow make it through, HJTA’s plans include a push for clarifying language that would protect its CAL Fire tax lawsuit, which, if successful, would determine the tax as illegal and provide refunds to property owners who paid it over the past several years.

Coupal calls the protective move a safeguard. With a chuckle, he admits, “We do not think it is a huge threat however we have seen what happens in this town too many times to be 100 percent sanguine about the rights of taxpayers. So we will do everything we can to protect those rights — and if there is any ambiguity at all we would certainly not agree to that portion of the legislative package.”