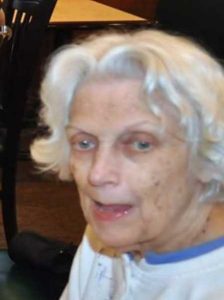 Groveland, CA — Tuolumne County Sheriff’s Deputies and Search and Rescue are actively looking for an elderly Groveland woman and her dog.

85-year-old Carol Morgan’s husband reported her missing around 5 p.m. after he returned home and  she and their dachshund, beagle mix, GiGi, where nowhere to be found.  He told deputies the last time he saw his wife was around 11:30 a.m. when he left their home on Tip Top Court in Groveland. Morgan suffers from dementia. She was last seen wearing light blue shirt and dark blue slacks.

Sheriff’s officials describe her as 5’5″, 140 lbs. with hazel eyes and white hair. Pictures of her are in the image box. The dog is about 16 lbs. and has a pink collar.  Anyone with any information on her whereabouts should contact the Sheriff’s Office at 533-5815.