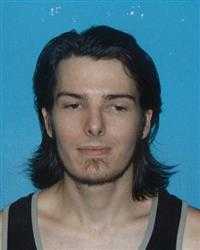 Jamestown, CA — Instead helping to keep the driver from being pulled over by law enforcement ended up doing just that and getting the driver busted for possessing drugs.

Thursday afternoon in Jamestown Tuolumne Narcotics Team Detectives spotted a radar detector and power cord obstructing the view from the windshield of a black Subaru. The vehicle was stopped and the driver, 31-year old Marcus McGill, admitted he had heroin in his car and at his home, which is located on Jamestown Road near the intersection at 5th Avenue.  A combine search discovered 7.06 grams of heroin, 1.6 grams of methamphetamine, digital scales, and drug use paraphernalia.

McGill was arrested for transporting and possessing controlled substances for sale.