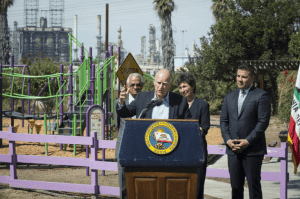 Brown, Cuomo and Inslee will serve as the co-chairs, and the alliance will create a forum to strengthen existing climate programs and share information and best practices to reduce carbon emissions.

When President Trump pulled out of the Paris Accord, he argued that the agreement was putting “draconian financial and economic burdens” on the country and diminished the economic production.