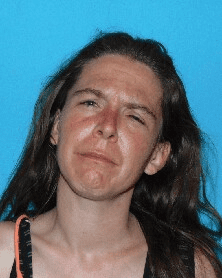 Twain Harte, CA — The Tuolumne County Sheriff’s Office reports a female was arrested after concealing a fixed blade knife under her jacket and allegedly making a “non-specific threat to kill someone.”

It happened Saturday at Eproson Park in Twain Harte. Sheriff’s Office spokesperson, Sgt. Andrea Benson, reports that a citizen “disarmed the female” after she reportedly displayed “odd behavior” and made the threat as she walked off into a crowd. Deputies arrived at the park to investigate the incident and arrested 34-year-old Kristina Johnson in connection.  She was booked into county jail for “possessing a concealed dirk/dagger on her person.”

Sgt. Benson adds, “Although the citizen showed great concern for his fellow community members, we do urge the public not to confront someone armed with a weapon. We are grateful in this case no one was harmed and thankful for alert citizens.”

The arrest happened while a big crowd was in Twain Harte attending the annual Royal Flush Crapper Derby outhouse races.