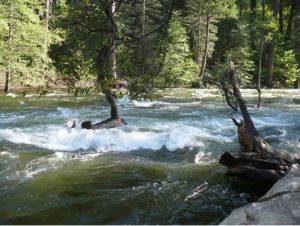 The combination of above normal temperatures and rapidly melting snow over the higher elevations of the Sierra during the weekend will bring an increase in water levels and flows along rivers and streams.

The California-Nevada River Forecast Center is forecasting the upper Merced River in Yosemite National Park to peak near or slightly above Flood stage at Pohono Bridge early next week.

Visitors to Yosemite National Park should closely monitor the situation for updated forecasts, flood warnings and flood statements for the upper Merced river.