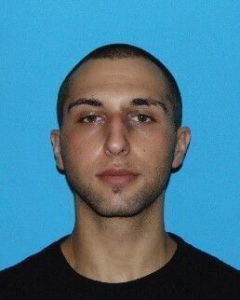 Sonora, CA — Following a brief chase through a local mobile home park a man sought on several outstanding warrants was nabbed along with two associates.

It was right around noontime Friday when deputies approached a Honda Civic parked at the Starr Mobile Home Park in Sonora to talk with a trio there. One of them, 22-year-old Armando Gonzalez, took off running and while a deputy gave chase, the subject eventually circled back to the vehicle.
There, the three were detained until more units arrived onscene.