Gas Prices Going Up This Spring 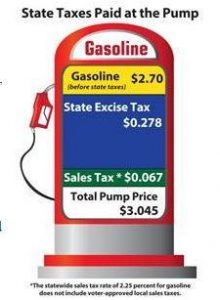 Sonora, CA — Nationally the average price for a gallon of regular unleaded gasoline increased nine cents over the past two weeks.

Industry analyst Trilby Lundberg reports that rising crude oil prices, and last week’s U.S. missile strike on a Syrian air base, contributed to the rise. The national average is $2.43, and Lundberg predicts prices will climb a few more cents before starting to level off.

Prices in California are much higher than the national level, as refiners in the state last month started the transition to the more environmentally friendly summer blend fuel. The average price in California is around $2.99.