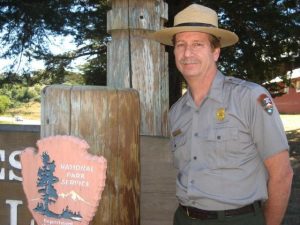 Neubacher retired last year after allegations were made during a congressional hearing that he created a toxic work environment and employees made claims that decisions were motivated by bias and favoritism.

The Office of Inspector General has been investigating the issue, conducting multiple interviews, and the synopsis of the newly released report states, “We found no evidence that the senior official’s management decisions were motivated by bias or favoritism. Of the 71 employees we interviewed regarding the allegations against the official, 42 spoke highly of him as a manager. The remaining either had no opinion, vacillated in their opinion, or said that he sometimes communicated poorly; that he could be dismissive, abrupt, or overly critical; and that he would often publicly criticize and undermine employees after he lost confidence in them. Some accepted this behavior and did not think the official was aware of it, while others felt his treatment toward them was personal or motivated by other factors, such as gender bias. Over half of the members of the park’s management team said they had witnessed the official undermining another team member’s competence and performance; they categorized this as embarrassing but were unsure whether it constituted harassment. The official’s management style and behavior may have contributed to what some Yosemite employees perceived as inappropriate behavior.”

The report added that he sometimes used words like “bozo” and “lazy.”

Neubacher told the investigators that he tended to micromanage certain issues at Yosemite, and admitted to being critical of employees, but denied claims that he created a hostile working environment. He stated that his job was very demanding and he did not intend to appear dismissive.

You can find the entire report by clicking here.