California And Trump At Odds Over Energy Executive Order 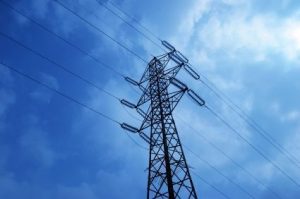 Sacramento, CA — President Donald Trump is planning to sign an executive order to rollback many federal environmental rules put in place by the Obama Administration, which the President claims will help the country gain energy independence.

The Executive Order includes dismantling the Clean Power Plan, which put in place new rules regulating energy plants powered by fossil fuels. The Obama Administration had been pushing to reduce the country’s reliance on fossil fuels. The plan has been tied up in court over the past year after 28 states and industry officials filed a lawsuit arguing that it is unconstitutional. President Trump was a sharp critic of the Clean Power Plan on the campaign trail.

It reads, “Dismantling the Clean Power Plan and other critical climate programs is profoundly misguided and shockingly ignores basic science. With this move, the Administration will endanger public health, our environment and our economic prosperity. Climate Change is real and will not be wished away by rhetoric or denial. We stand together with a majority of the American people in supporting bold actions to protect our communities from the dire consequences of climate change. Together, California and New York represent approximately 60 million people – nearly one-in-five Americans – and 20 percent of the nation’s gross domestic product. With or without Washington, we will work with our partners throughout the world to aggressively fight climate change and protect our future.”

White House officials briefed the media on the Executive Order last night, noting that it is part of President Trump’s desire to make the United States more energy independent and help the economy.