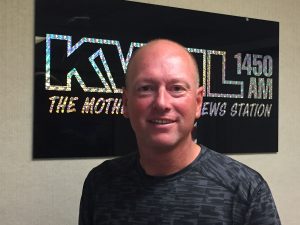 Thirty plus years of being treated for various forms of cancer has left Twain Harte resident Mark Nouillan the third most radiated man on the face of the earth.

Nouillan was Friday’s KVML “Newsmaker of the Day”.

The Scottish born Nouillan was told by one doctor that, based on the amount of radiation treatment received, Nouillan is the third most radiated man on the face of the earth.

Nouillan has written a book that is being sold at the Cancer Care Center, as well as at Mountains Books in Sonora. It is called “Cancer Bravehearts”.

Locally, Nouillan has been asked to speak at various functions and events, including last April’s ‘Relay for Life’ in Sonora.

According to Nouillan, “Based on my own experience of dealing with Leukemia and Breast Cancer, I chose to write this book to let others know that their life is far from over. The reality is quite different. You’ve now been giving the chance to truly focus on your intentions and you can decide to take control. If you have ever heard that you have cancer, then my book is for you.”

More information can also be found at www.cancerbravehearts.com