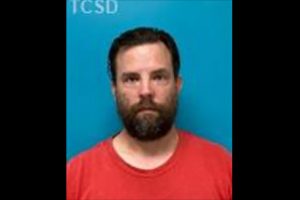 Sonora, CA – A Sonora man was arrested for sexual assault this weekend and placed on $100,000 bail.

Deputies responded to South Airport Road in Sonora just before 6 p.m. on Saturday and spoke to the victim, who reported her friend, 40-year-old John Treigle, had sexually assaulted her while she was at his home. She detailed that he placed her in a chokehold, forcing her to move from one area of his home to another, and not allowing her to leave, while sexually assaulting her with his hands. She was eventually able to break free and escape.

Treigle was detained at his home while detectives were called in to conduct a thorough investigation that included additional interviews, the collection of additional evidence, and a search of his home. He was then taken into custody without incident for kidnapping, false imprisonment with force, sexual battery by restraint, and sexual penetration with a foreign object by force.