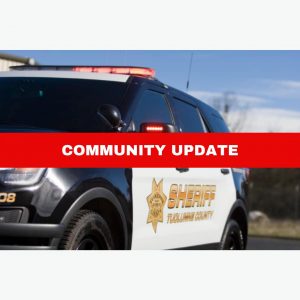 Tuolumne, CA – A shooting that sent a man to the hospital started an investigation by the Tuolumne County Sheriff’s Office on June 21st. The details of that can be found here.

Detectives located a semi-automatic handgun near the crime scene. The handgun did not have a serial number or manufacturer information which makes it a “Ghost gun”. The detectives interviewed witnesses, looked at surveillance footage, and processed the crime scene. Over the next month, interviews and several search warrants generated additional evidence.

Detectives were able to determine a 17-year juvenile had confronted and shot the adult male after a dispute involving several people. On Wednesday, July 27th, the juvenile was arrested and booked at the Mother Lode Regional Juvenile Detention Facility on charges of assault with a deadly weapon, mayhem, possession of an unregistered firearm, and minor in possession of a handgun.