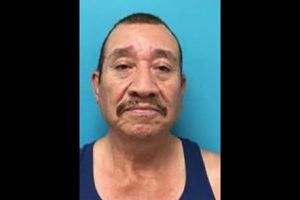 Sonora, California – A Jamestown man’s crimes of child sexual abuse began in Mexico and then continued once he moved to the Mother Lode.

Today, Tuolumne County District Attorney Cassandra Jenecke announced that 58-year-old Isidro Uriostegui-Jimenez was sentenced on July 8th to 26 years in prison for sex crimes against a female child. He had earlier pleaded guilty to three counts of sodomy by use of force against a minor under 14 years of age, one count of forceful sodomy against a minor 14 or older, and one count of sexual penetration by force of a minor 14 years of age or older.

The crimes took place over seven years, according to D.A. Jenecke. She detailed, “Uriostegui-Jimenez sexually assaulted a minor from the age of 7 to 14 years old, starting first in Mexico, then continued when he moved her family to join him in Merced, and ultimately at his more recent home in Jamestown.” She added, “Showing great courage, the minor reported the abuse to a local teacher whom she trusted at her school.”

The Tuolumne County Sheriff’s Office conducted the investigation into this case.