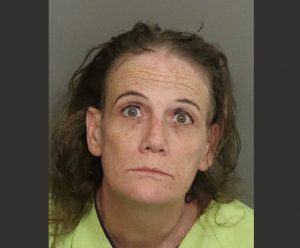 Limited information is being released at this time by authorities, but Sandy Sims, 53, of West Point was arrested this week on four different counts of arson. She is currently being held without bail in Calaveras County Jail. She also faces four additional related charges of arson during a state of emergency. CAL Fire is not releasing information about the specifics of the fires at this time, but confirms that the charges referenced are not connected to the 4,478 acre Electra Fire.

The Calaveras County Sheriff’s Office and the Probation Department assisted with the investigation.

Sims was also in the news in 2018 related to allegedly trying to pass bogus checks and in 2020 for receiving stolen property.

We will pass along more information as it becomes available.