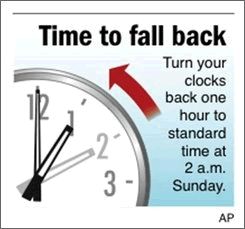 Sacramento, CA — A proposal to switch to year-round Standard Time has passed a committee test in Sacramento.

The bill, introduced by Democratic Assemblymember Kansen Chu of the Bay Area, was approved 9-2 in the Senate Energy, Utilities and Communications Committee. It now moves to the Senate Appropriations Committee for review.

California voters approved Daylight Saving Time via Proposition 12 in 1949. If Chu’s proposal gains support in the Assembly and Senate, it would be placed before California voters to have the final say via a ballot measure.

“Daylight Saving Time is an institution that has been in place largely without question for more than half a century, says Chu. “I think we owe it to the general public to be given the opportunity to decide for themselves whether or not it ought to be continued.”

Chu argues that the move would result in energy savings, and reduce public safety hazards. He notes that the number of recorded heart attacks, workplace accidents and traffic collisions traditionally increase in the days following a time change.

If passed, California would join a small list of other states not to acknowledge Daylight Saving Time, which includes Hawaii and much of Arizona.