Events For The Second Weekend In July 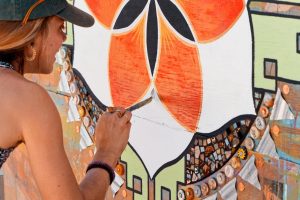 There are several events planned this weekend in the Mother Lode.

There will be another march and rally for reproductive justice on Saturday, July 9 at 10 a.m. in Courthouse Park sponsored by the Mother Lode Women’s March. Following the march, there will be a rally in the park with speakers and tables with information from supportive organizations. Attendees should bring signs and also water bottles as it is forecast to be hot. The event coincides with a nationwide march by the organization Women’s March, with the slogan, “We Won’t Go Back” in reference to Justice Clarence Thomas’ concurring opinion stating the Supreme Court should overturn cases establishing the rights to contraception, same-sex consensual relations and same-sex marriage, all of which were ruled “in error.” The Mother Lode Women’s first event on May 14 in Courthouse Park, just after the leak of the Roe draft opinion, attracted about 200 marchers. On June 24, the day the Supreme Court ruled to overturn Roe v. Wade, about 50 people showed up with four hours notice and a dozen women spoke about their various experiences with abortion.

The University of California Cooperative Extension (UCCE) Tuolumne County Master Gardeners will be holding an Open Garden Day about conserving water and how to garden during a drought at the Demonstration Garden on Saturday, July 9th, from 10am – 1pm. Details are in their event listing here.

Second Saturday Art Night in Downtown will feature Andria Dawn returning for a community Paint-By-Number Temporary Public Art Mural on Linoberg Street starting at 4pm. The Linoberg Pop-Up Market has moved across the street to West Linoberg Street and will feature Tie-dye clothing, Jewelry and crystals, Pet portraits, handcrafted skin care with locally grown plants fine art and more starting at 4pm. Bands and artists up and down Washington Street will be at stores that will stay open after 5pm. The Free Summer Concert of the night will be Burn Permit playing at Coffill Park at 8pm. Bring your own chair and dancing shoes to enjoy classic rock, blues, soul and Funk, from the 70s through 90s. No-host beverage service starts at 7pm.

Up in Twain Harte the Concert in the Pines at Eproson Park will feature Amanda Jeffrey, Westbound’s rock vocal extraordinaire,  performing as Amanda Sings at 6pm.

Saturday at Pine Mountain Lake Golf Course, the Royal Order of Full-Blown Bitches (also known as ROOFBB pronounced roof-bees) is pleased to announce that their annual golf tournament is back. The philanthropic women’s club has given away about $100,000 since it was founded in 1994 as detailed in their event listing here.

There is a garage sale in Long Barn Saturday as detailed here.

It is not too late for 4th of July celebrating, in Copperopolis the event Spring Up In The Hills: Celebration Of Independence is a family-friendly outdoor/indoor event with live music, beer and wine, food, vendors, bounce houses, games, and a Comedy Show at 7:30pm. The free event also has free parking and overnight camping. Details are in their promotional event here.

Movie times are available in our Movie section which also has Pinecrest’s Movies Under the Stars line up for the month here.