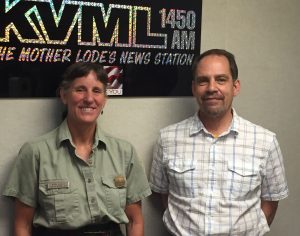 Sonora, CA — Hear the latest on efforts to reforest the region burned by the Rim Fire and what actions are being taken to combat tree mortality in other areas.

This weekend’s Mother Lode Views will feature Rim Fire Reforestation Interdisciplinary Team Leader Maria Benech and Stanislaus National Forest Timber Management Officer Dave Horak. The Rim Fire ignited in August of 2013 and burned over 257,000 acres. The pair will review what has taken place on the burn area since that time, and what is planned over the next several years. The Stanislaus National Forest recently released its Draft Record of Decision for Rim Fire Reforestation. Different strategies will be used to help restore over 48,000 acres on the forest.

Horak is also active with the county’s task force on tree mortality, and he will talk about efforts underway specifically in the forest to remove dead and dying hazard trees.