Several Fires In The Forest This Week 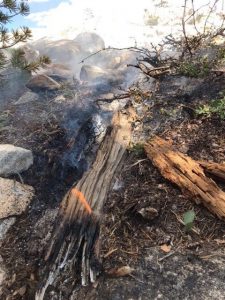 Three of the blazes were caused by lightning strikes after stormy weather blew through the region, with one bolt hitting a tree, as pictured in the image box. The other two fires were contained and their causes remain under investigation. Forest fire officials released this update on those fires: