Bill To Keep Drones Away From Fires Approved In State Senate 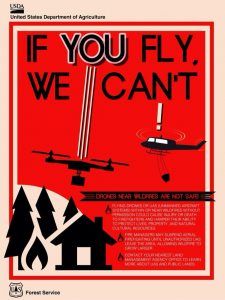 Sacramento, CA — A proposed state bill would protect emergency responders that damage private drones during the course of firefighting.

Senate Bill 807 would allow officials to take any actions they deem necessary to remove an unmanned aircraft that is interfering with the firefight.

The lead author of the bill, Republican Senator Ted Gaines, says, “To think someone would interfere with firefighting or emergency response situations to get a sneak peek, or to post a drone video on YouTube, is an outrage that is deserving of punishment and condemnation.”

The bill passed in the Senate yesterday and now moves to the Assembly. It is co-authored by Republican Patricia Bates. Several instances have occurred over the past couple of years were fire resources had to initially be grounded due to unmanned aircraft in the flight zone.