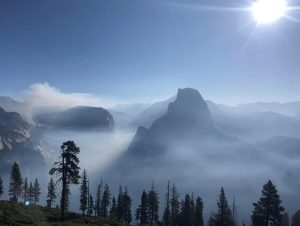 Yosemite, CA — Yosemite fire officials are hopeful that they have stopped the spread of the Snow Fire burning in an isolated area north of Yosemite Valley.

It was located this past Thursday evening around 5:45 west of the Snow Creek Ranger Cabin in Yosemite’s backcountry.

Over the past several days, Yosemite Fire and Aviation reports that firefighters have worked to put a fire line around it by “scrapping, digging and cutting vegetation to mineral soil.”

Officials will continue to monitor the incident over the coming days. It is not immediately clear what ignited the fire.

The size is estimated to be 19 acres.